So they built LogECMem by in-place update and PL. 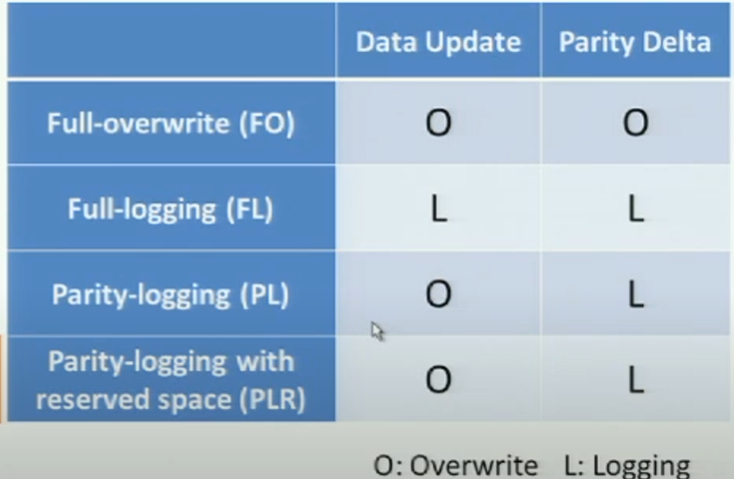 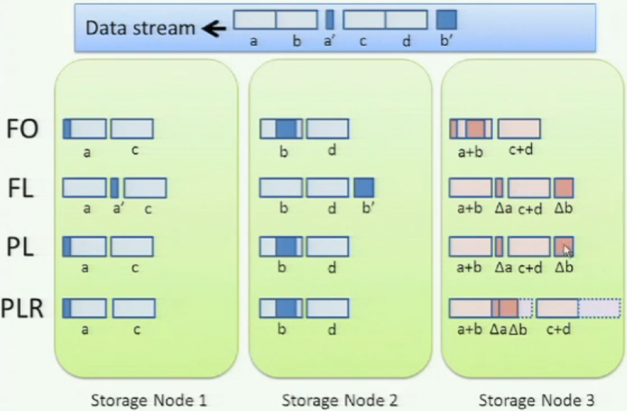 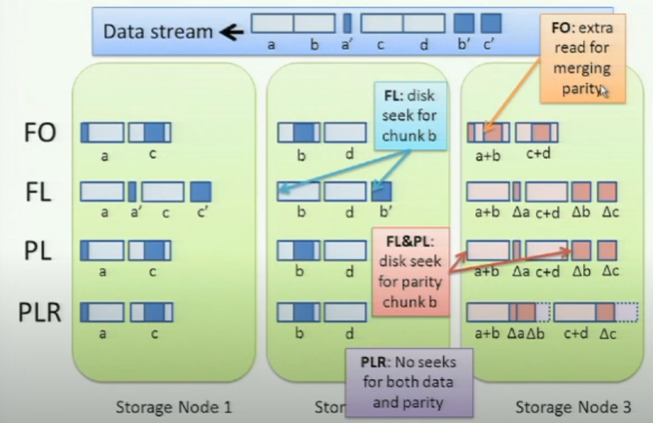 They use Markov models to do reliability analysis, and as a result, they claim that the single-failure repair is the most important case. Based on this observation, they keep only one parity chunk of each stripe, the XOR parity, in DRAM nodes. 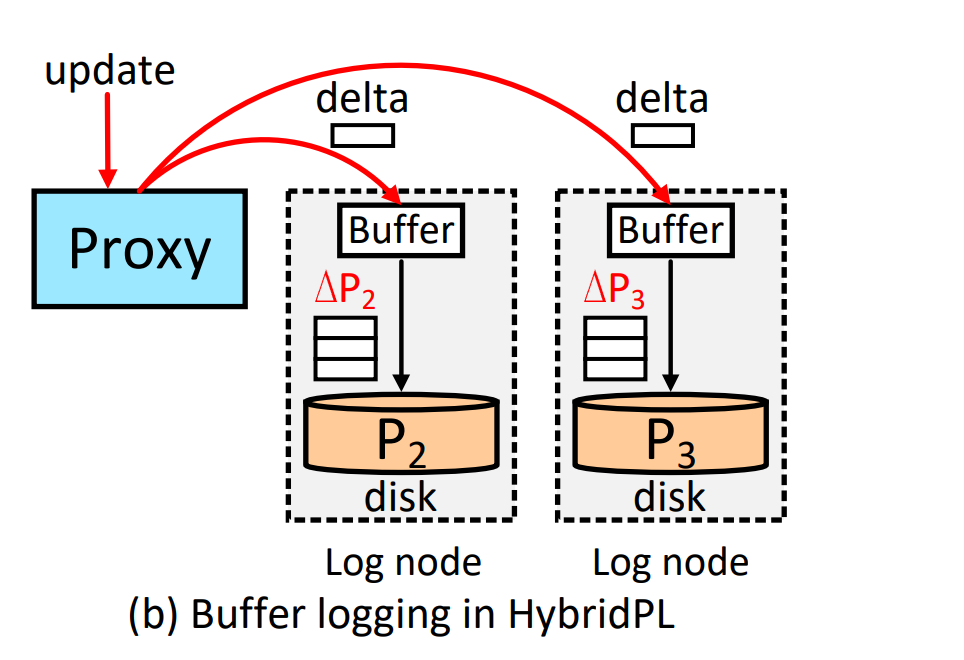 (the buffer here is DRAM)

note: PM is a good log device, and not limited by capacity. This approach may beat [3], which keeps data in PM, and parity in DRAM.
btw, the persistence in buffer logging of RAMCloud[2] is ensured by battery-based DRAM. So PM is appropriate and may provide fast recovery (since the gap between DRAM and disk is big)? But it’s weird to talk about logging persistence on a storage system keeping all data in DRAM….
related: flatstore

With this XOR parity in DRAM, systems can perform degraded read in DRAM nodes. PLR (FAST ‘14) trades write performance for the repair performance. Simple merging logging on PLR only can merge incoming parity deltas.
So they use a lazy merging strategy (parity logging with merging, PLM) that writes parity to extra continuous disk space, and then reads them back for merging later.