(OSDI '20) Assise: Performance and Availability via NVM Colocation in a Distributed File System

Paper notes about Assise, a distributed FS on NVM. Assise keeps data & metadata in clients (opposite to disaggregation) to enble fast recovery and high perf.

LibFS is process-private, and SharedFS is node-level. Process-private space is not ensured valid or integrity, which is SharedFS’s jobs.
because remote NVM is faster than local SSD, set a warm replica as the 3rd storage level (local DRAM, local NVM, …) for reducing read latency. managers would be a bottleneck?
hierarchical lease delegation, which is done on client’s sharedFS (on private directory)

Use Strata’s FS design and augment it with CC-NVM.
All RDMA connections are RC.

Test on LevelDB, Assise use only 230ms to restore perfmance, while 23.7s on Ceph 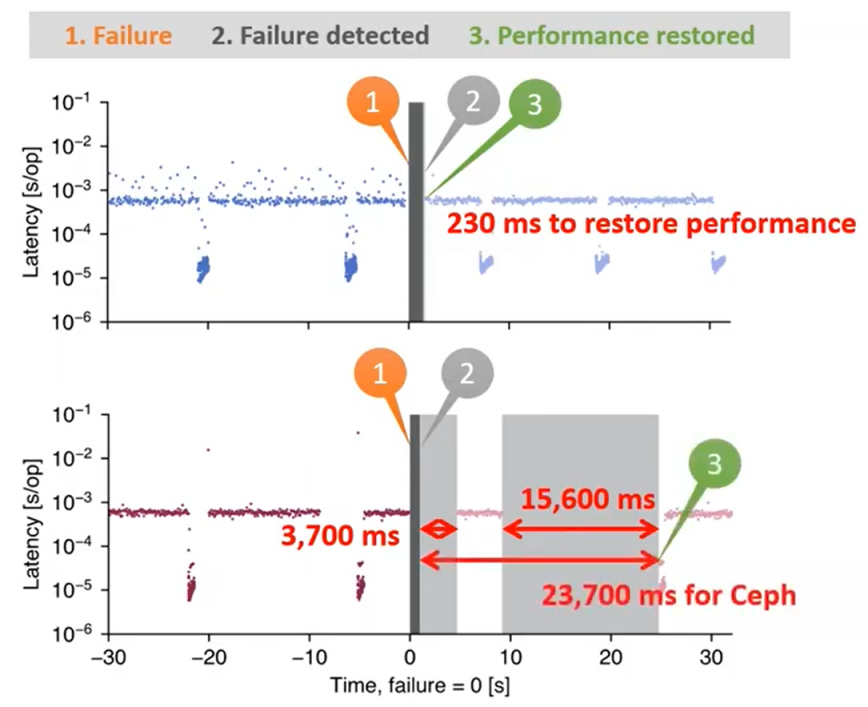 Assise’s perf linearly scales, while Ceph is limited by MDS bottleneck. Assise outperforms Orion (emulation) by 69x and Ceph by 554x at scale.

hierarchial coherence do have benefits.